The Parents and Friends Federation of Western Australia Inc. was founded on the 18th March 1954 when 14 Parents and Friends’ Associations joined together to form a constituted Federation.  By the end of the year, 28 schools were affiliated and this number steadily increased.

P&Fs then, were integral to the running of the schools, indeed through organised meetings and events, essential funds were raised to build and maintain schools and the voluntary effort of parents ensured the small parish schools remained viable.  There was no government funding to support the schools and all funding came from parents and parishes.

Advocating for state aid became the focus for the Federation’s activities and a small but significant gain was made in the early months when the state government granted some subsidies for radio and visual education equipment.   In 1956, a more substantial gain was made when supplies such as paper, pads and spelling books were made available.

Over the last 64 years, successive Councils on behalf of parents whose children attend Catholic schools, have continued to call on both state and federal governments to provide funding equity for children not only in our schools, but also in non-government schools generally.  Of course, a broad range of issues have been taken up by the Federation that affect schools, parents and their children, through representation on many committees and in stakeholder organisations.

Whilst funding advocacy is a priority for the Federation, the role of the organisation has grown to provide parental representation at all levels of education bureaucracy and associated stakeholder organisations and essential advisory services to parents and school parent communities in Catholic schools across the State.

It now represents the parents of over 70000 students in Catholic schools across WA.

So now you ask, after such an illustrious history – why in 2019 change the name?

There are three parts to this decision.

The first is a practical one. It has been brought to our attention over the years by various people that our name, the Parents and Friends Federation indicates to many that we represent the whole non-government education sector which of course we don’t. In addition, the phrase ‘Parents & Friends’ is not universally used any more in Catholic schools. While many do continue to use the term, others don’t and use terms like ‘Parent Forum’ Friends of …. or ‘Parent Council’. Catholic School Parents WA provides us a broader and more inclusive construct. The other comment we hear from time to time is that the word ‘Federation’ is a little intimidating to those ‘grass roots’ parents who put up their hands to volunteer in their children’s schools. So, as we do, we listened, and took all of this on board.

Secondly, the belief is that the new name, which is of course as you now know “Catholic School Parents WA” will bring about positive improvements in communication and public perception about the intent and purpose of our organisation.

As we deliberated on what the new name would be it became clear that we wanted it to intentionally include the word ‘Catholic’. This gives a clear statement about our representation of Catholic school parents in the context of the overall education system. Continuing to identify ‘parents’ as the main audience was also important. The work that CSPWA engage in extends far beyond supporting P&Fs/Parent Group – it benefits ALL parents in the Catholic school system whether they realise it or not. The name Catholic School Parents WA will hopefully tick off the main elements of who we represent and will provide a clearer statement about who we are to anyone who sees the name.

It should be said that during these deliberations sincere acknowledgement was given to the personal connection that all members of Council and staff have, to the name Parents and Friends Federation of WA and the sadness at potentially seeing that name no longer in use.

And lastly but certainly not least…

There are many out there today who may think that we need our heads examined seeking to include the word ‘Catholic’ in our name whilst so many are turning away from it. But in fact, that is exactly the reason we seek to embrace it.  All of us parents here tonight and those who are not, made the deliberate choice of a Catholic education for the most precious people in our lives – our children. All of us, whether we were the beneficiaries of a Catholic education ourselves or not, want, as most parents do, the very best for their children. This often means that they want to give to their children all that was given to them and more, this includes the gift of a Catholic education.

It cannot be ignored however that we live in turbulent times, especially for our Church and we must always remember that, it is our church. Nonetheless this also provides an opportunity for us as church. All too often we reminisce about the past or dream about the future and whilst the past is important because it provides our wonderful traditions and rituals and future is important because it give us hope, we also need to pay attention to what is going on today. As the saying goes ‘today is the first day of the rest of your life’ and so today is the day we stand as Catholic School Parents and call ourselves exactly that – Catholic School Parents.  This organisation has never been afraid to stand up for what it believes in and we remain unafraid. We have as our guide Jesus Christ, to whom, as Catholic School Parents we look to, for support as the first and ongoing educators of our children and aim along with our teachers and school leaders to give witness to His teachings. Above all we seek His guidance in helping us as parents to imbue in our children a sense of social justice through understanding that every one of us is created in his image.

And so, we move forward from today as Catholic School Parents Western Australia with conviction and belief that the work we do is vital in ensuring that parents continue to have a voice as we look to provide for our children the most precious gift – that of a Catholic education. 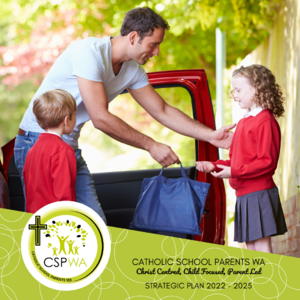 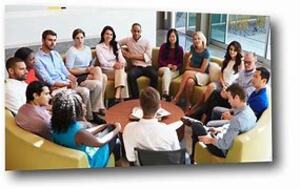 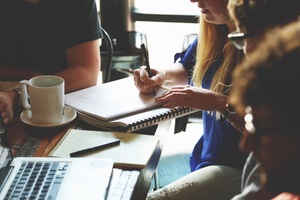